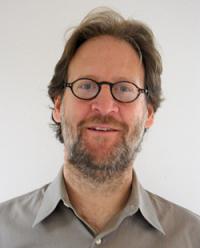 Dr. Gottlieb is also involved in understanding the differences between the natural history, clinical, immunologic and virologic aspects of HIV-1 and HIV-2 infection. HIV-2 is generally less pathogenic than HIV-1. Compared to HIV-1, HIV-2 infection is characterized by a much longer asymptomatic stage, lower plasma viral loads, slower decline in CD4 count, lower mortality rate due to AIDS, lower rates of mother-to-child transmission and lower rates of sexual transmission. In addition, he has been studying the effects of dual infection with HIV-1 and HIV-2 on disease outcomes and ART in Senegal. This work is an ongoing collaborative effort between the UW and the Clinique des Maladies Infectieuses Ibrahima Diop Mar, Centre Hospitalier National Universitaire de Fann, Dakar, Senegal since the early 1990s.

Dr. Gottlieb is a collaborator with the IeDEA-West Africa network to study HIV-2 throughout West Africa as well as the ACHIEV2E Network to Study HIV-2 in North America and Europe.

Dr. Gottlieb is co-PI on a demonstration project of Truvada based Pre-exposure Prophylaxis (PrEP) to prevent HIV infection in female sex workers in Senegal, sponsored by the Gates Foundation.

Dr. Gottlieb is also a co-investigator on several studies related to pathogenesis, virulence and outcomes of HIV-1 infection, including the "Dual Infection Project," a collaborative effort between Dr. Mullins' group at the UW and the MACS cohort, to elucidate the virologic and host factors associated with infection with more than one strain of HIV-1; and the HIV Virulence Working Group, headed by Dr. Herbeck and Integrated bio-social models for HIV epidemiology, headed by Dr. Mittler.

Project opportunities for students and fellows include both Senegal field work (in Dakar and Ziguinchor) and Seattle-based lab studies.

American Board of Internal Medicine (2001)